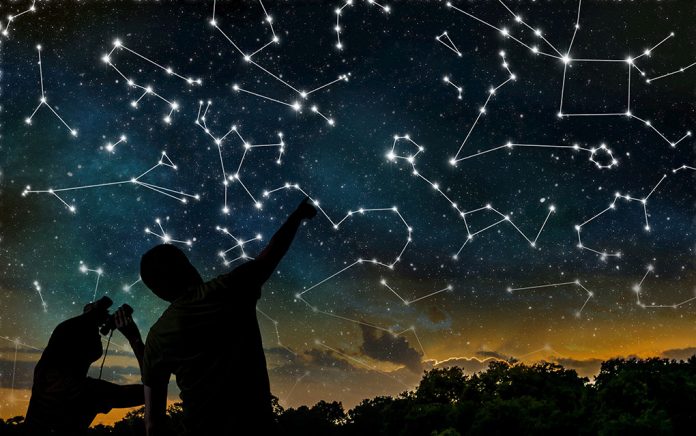 In researching the basis of the Zodiac, I came to be very surprised by the fact that some important researchers of archeoastronomy accept without any doubt the opinion that the signs of the Tropical Zodiac (the zodiac known in the West, based on the seasons) would have received their names from the constellations of the same name, based on the idea that the ancients would have seen in the constellations those forms that, at present, the signs of the zodiac name and would then have attributed to them, in a superstitious way, the ability to influence human life and destiny.

This idea, mechanically accepted and reiterated in academic circles and taken for granted, is based on a fallacy of reasoning: why would anyone seek to transfer a name that has no meaning or that has an arbitrary meaning unrelated to terrestrial processes (i.e. the name of the constellation) to something that is considered having a very important meaning in astrology (the stage of the season that corresponds to the zodiac sign)?

This theory is – in my opinion – a proof of superficiality which, over time, led to many very erroneous conclusions and which, at the same time, also did a huge disservice to astrology, and this attitude comes from prejudice – often found in scientists – that astrology, being only a superstition, could only be a derivative of the science of observing and labelling the celestial phenomena. Well, the opposite is true: in antiquity, the need for meaning always preceded the need for mathematical knowledge, and astrology was and is the only discipline that gives real meaning to temporal cycles and astronomical phenomena! It was the only one that mattered to ancient man, astronomy being, in the beginning, a necessary derivative of it, a mathematical aid in support of his fundamental need for meaning and his need for understanding and integration in the temporal rhythms.

And I am not referring here to the importance of horoscope-type predictions (which are also a secondary derivative of astrology), but to the deep need of the ancients to connect to a much larger and more mysterious reality, to understand the connection between their lives and cosmic phenomena, to meaningfully correlate astronomical rhythms with their terrestrial concerns such as agriculture or social and religious life, to order their individual lives in accord and harmony with universal life. The fundamental ideas of astrology and other divinatory practices were originally religious, and belief in the unseen forces of the universe initially underpinned the development of an understanding of visible, concrete reality.

Ancient man wanted to know the meaning of, for example, the fact that the Sun had, at a certain moment, a certain position in longitude and declination, or that the full Moon appeared in a certain part of the sky, and what choices could be made in ordinary life based of those meanings. Therefore, originally, astrology was a tool for choosing auspicious moments. Even in India, as we shall see later, this way of using the astrological data –called muhūrta-jñāna–was highly valued since the Vedic period, even though this discipline wasn’t based on the Solar Zodiac.

In my view, for anyone doing objective research, it is beyond any doubt that, in fact, contrary to popular opinion, the names of the processes symbolized by the Tropical Zodiac were slowly transferred to the constellations and gradually absorbed into the celestial representation (and not the other way around). Something that had a name and a meaning here on Earth was correlated with (and at one time named) something that was a visible indicator of that terrestrial process, that is, certain constellations or groupings of stars! This doesn’t mean that the Tropical Zodiac was conceptualized before the so-called ‘Sidereal’ Zodiac, rather, it indicates that phenomena related to the tropical year and the seasons were marked by celestial signs based on stars and constellations at a time when the process of the precession of equinoctial axis wasn’t yet understood.

Constellations are just projections of human imagination! They are not separate groups of stars, but have been so assembled by the minds of those who first named them. They are not already grouped!!! They are made up of stars at huge distances from each other, which have absolutely nothing in common with each other. Thus, stars that appear close (when seen from Earth) may be hundreds of light years apart; there is no association between them. Constellations have no intrinsic nature, so they have no meaning by themselves! One might say: ‘okay, but tropical signs, being uncorrelated with celestial objects, are even more abstract than constellations (which, at least, have a physical appearance)’. Well, the tropical signs are phases of the process involved in the solar cycle, and if we agree that the process itself (i.e., the cycle of the solar year) has meaning, then we can also accept that its phases or stages (the seasons, the points of maximum, minimum or balance of the length of day and night throughout the year, etc.) must also have a natural meaning.

There aren’t any lines connecting the stars in a constellation (as many of the star maps show), this is because several points can be joined in several ways to generate several quite different shapes. From this perspective, the constellations only helped the ancients to divide the sky into more easily workable portions, forming a kind of celestial geography. The selection of stars that belong to a group of constellations is arbitrary and depends only on the imagination of the one making the selection. Constellations appear to be one way or another only because one imagines in them the form that their name implies, but to one who does not know the name, that grouping of stars may mean quite something else.

Many of the zodiac constellations bear little resemblance to what their names suggest. Everyone who looks at a map of the sky without constellation markings (or–more poetically–admires the starry night sky) can invent the names he wants for various groups of stars and attach mythology to them! I am not saying that the fixed stars have no symbolic role in astrology, just that their assembly into various forms and constellations has no real meaning. The zodiac is not (and never really was) based on any assembly of stars in “constellations”. The constellations served only as visible markers for processes that had to do with the stages of the tropical solar cycle. Reference to them helped in the mathematical determination of the positions of celestial objects. As we shall see later, ignoring the process of the precession of equinoxes was the factor that maintained this correlation throughout the following centuries, that is, it kept alive the misconception that the signs were one with the constellations that bear their names.

Astrology is the most comprehensive language, the deepest psychology, the best way to describe the world and understand our lives, it is a meta-science and a meta-religion. This website is meant to contribute to the reformation of the way astrology is understood in the contemporary world.

The Supreme God at the Zenith: Monotheism, the Sun and the Tropic of Cancer

A list of astrological software used by Jyotisha practitioners

This website uses cookies to improve your experience while you navigate through the website. Out of these cookies, the cookies that are categorized as necessary are stored on your browser as they are as essential for the working of basic functionalities of the website. We also use third-party cookies that help us analyze and understand how you use this website. These cookies will be stored in your browser only with your consent. You also have the option to opt-out of these cookies. But opting out of some of these cookies may have an effect on your browsing experience.
Necessary Always Enabled
Necessary cookies are absolutely essential for the website to function properly. This category only includes cookies that ensures basic functionalities and security features of the website. These cookies do not store any personal information.
SAVE & ACCEPT
error: Alert: Content is protected !!